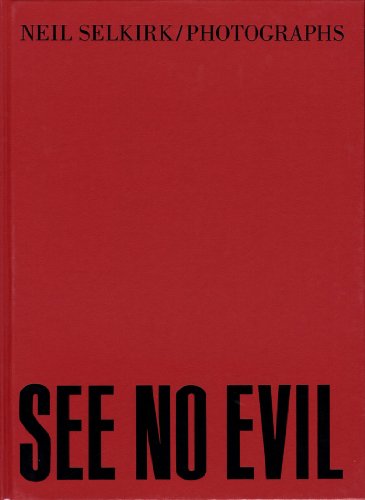 See No Evil
by Neil Selkirk
Publisher's Description
In See No Evil, Neil Selkirk cuts through a broad swathe of subject matter – from the dignitaries at parades to farm animals at auction, from Cabinet members to cowboys. In this cavalcade of tableaux – those that the protagonists helped create in the hope of being remembered, and those so unintended and fleeting that they could only exist as a photograph – the public and the private intersect and the distinction between them dissolves. Selkirk, who was born in London, brings to his photographs an immigrant’s hunger to learn and the dispassion of the passionate observer. Selkirk has a national reputation as a photographer of powerful and uncompromising portraits. His work has appeared in virtually all major magazines, including Esquire, Interview, The New York Times Magazine, Vogue, Vanity Fair, and The New Yorker. His work appeared in the first issues and on the covers of Spy, Wired, Paper and Colors. He maintains a studio in New York, specializing in advertising and corporate work, and teaches at Parsons School of Design. See No Evil is published in a first edition of 1,000 casebound copies, beautifully printed in duotone and featuring multiple gatefolds.
ISBN: 1590051556
Publisher: Nazraeli Pr
Hardcover : 100 pages
Language: English
Dimensions: 16 x 13.3 x 0 inches