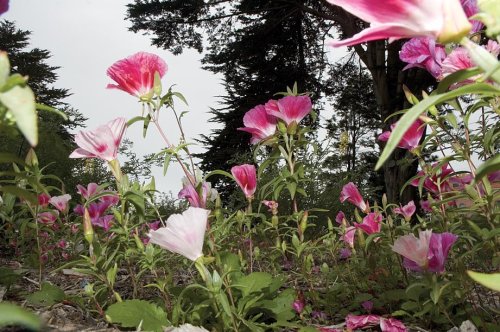 Flowers
by Tony Mendoza
Publisher's Description
Tony Mendoza’s name is for many synonymous with that of his beloved cat Ernie, made famous by the 1985 publication of the same name. In the summer of 2004, Mendoza closed down his black-and-white darkroom and purchased a digital camera. On his first outing with the new equipment, he began photographing his wife Carmen’s plot at the community garden near their Columbus, Ohio home. Accustomed to looking – through his years of photographing cats and dogs from their own perspective – at the world from a low vantage point, he photographed the flowers, ants, bees and weeds from a worm’s eye view. Mendoza continued his project through the seasons, both in Columbus and San Francisco, where the stormy, foggy and overcast skies provided a perfect backdrop to the flowers and their companions. A compelling selection of these photographs is presented here in an oversized format, in a first edition limited to 2,000 casebound copies. Tony Mendoza was born in Havana, Cuba in 1941. His photographs are in the collections of major museums including the Metropolitan Museum of Art, the Museum of Modern Art, New York, the LA County Museum of Art, and the San Francisco Museum of Modern Art.
ISBN: 159005170X
Publisher: Nazraeli Press
Hardcover : 64 pages
Language: English