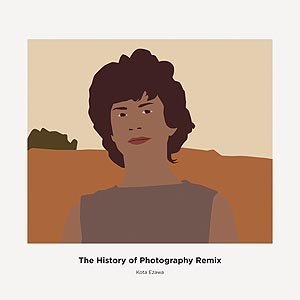 The History of Photography Remix
by Kota Ezawa
Publisher's Description
San Francisco-based artist Kota Ezawa draws on iconic imagery to create simplified renderings that comment on the influence of television, film and photography in shaping collective experience. Ezawa grew up in Germany, studying at the Kunstakademie Dusseldorf before moving to San Francisco in 1994. Since that time, he has worked and exhibited in a number of media, including film and, more recently, digital animation. Using well-known films, videos, and photographs, Ezawa explores the appropriation and mediation of current events and images. The History of Photography Remix draws on important art and documentary photographs made throughout the history of the medium. Kota Ezawa's work has been widely exhibited throughout the United States and Europe, and is included in such permanent collections as the Israel Museum, Jerusalem; the Museum of Modern Art, New York; and the San Francisco Museum of Modern Art.

'New good artists generate considerable excitement nowadays, the more so because there are so few who are really good. One of them is Kota Ezawa' - The New York Times
ISBN: 1590051785
Publisher: Nazraeli Pr
Hardcover : 56 pages
Language: English