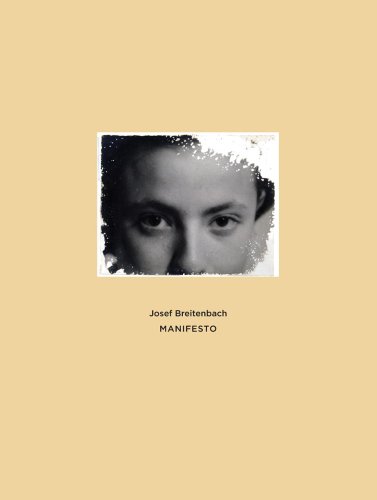 Manifesto
by Josef Breitenbach
Publisher's Description
Born in Munich in 1896, Josef Breitenbach began taking photographs while working in the family wine merchant business. Proving less than successful at the latter, he opened his first photographic studio in 1932. Munich at that time was a stronghold of libertarians and bons vivants, and Breitenbach's clients included actors, cabaret stars, writers and political figures. It was a short-lived venture; when Hitler became Chancellor in 1933, the photographer escaped to Paris, where he stayed for the next six years. There, Breitenbach's close friendship with Max Ernst, and his experimentation with printing techniques and color manipulations, brought him into contact with the thriving Surrealist movement, although he never became a member of that group. His work was included in a number of exhibitions, alongside that of Man Ray, Brassai and Cartier-Bresson. After the outbreak of war, and a period of internment, he fled to New York and established himself as a teacher and commercial photographer. However, his early work remained unseen until its surprise discovery, after his death, in 1984. Published in association with The Josef Breitenbach Trust, Manifesto is an important addition to the literature available on this extraordinary artist.
ISBN: 1590051858
Publisher: Nazraeli Press
Hardcover : 52 pages
Language: English