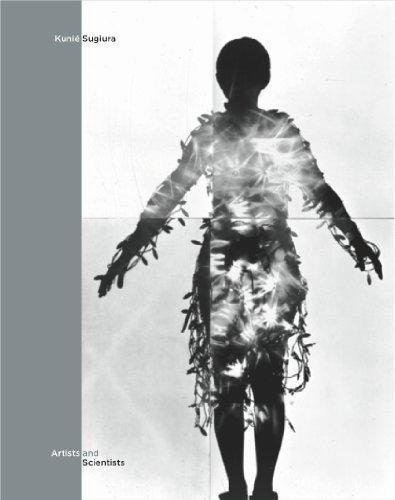 Artists and Scientists
by Kunie Sugiura
Publisher's Description
'These are hardly conventional portraits; rather, they are pictures of educated shadows. In a circuitous way, they return us to Plato's cave, where none see anything but the shadows of higher intellectual thought. . . And who are her portrait subjects? They are precisely those who experience the beauty of the mysterious and follow its call. In Sugiura's gaze they become mysterious themselves, their substance converted to shadow, their actions to slices of life.' - from the Introduction by Vicki Goldberg

Since the 1960s, Kunie Sugiura has created works that challenge the conventions of traditional photography and synthesize elements of Japanese and Western aesthetics. Artists and Scientists presents work from two recent series, 'The Artist Papers' and 'The Scientist Papers', both of which consist of life-sized photograms depicting characteristic gestures, performances and actions by a variety of artists and scientists. Here Sugiura emphasizes the inherent temporal qualities of the photogram to capture events that are, as Bill Arning wrote in the catalogue for a recent survey of the artist's work, 'here/not-here and now/not-now'. For Sugiura, the photogram provides the means to capture 'identity through action' and to objectify a virtual realm in which the past is recorded through the reversal of shadows.
ISBN: 1590051904
Publisher: Nazraeli Pr
Hardcover : 64 pages
Language: English