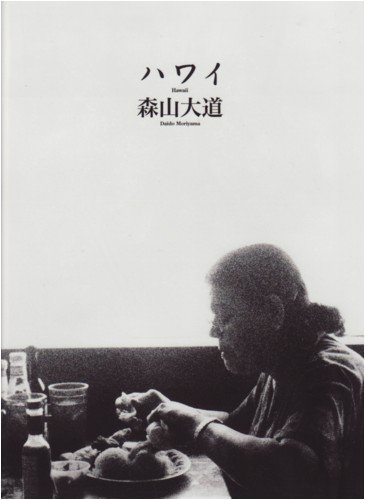 Hawaii
by Daido Moriyama
Publisher's Description
"In Spring, I am going to go to Hawaii to photograph. I'm so excited, and a little anxious - I've never been there before. The idea of Hawaii has been stuck in my mind for many, many years, just as the idea of a place. I try to imagine what it's like, and I have a certain image of it - a nostalgic place, a place where time has stopped. When I get there, I'll probably find out it's nothing like that...." - Daido Moriyama, Born in 1938, Daido Moriyama is widely recognized as one of Japan's most important and influential postwar photographers. His powerful, edgy black-and-white photographs have been the subject of dozens of books, which have themselves had an enormous impact on the world of photography. The above quote, from an interview for Photo-Eye in Spring 2004, was made shortly before Moriyama embarked on his first trip to Hawaii. Three years and five trips later, Daido Moriyama has created a book of photographs of what he did find in Hawaii. This U.S. edition of Hawaii is limited to 500 signed and numbered copies.
ISBN: 1590052110
Publisher: Nazraeli
Paperback
Buy on Amazon