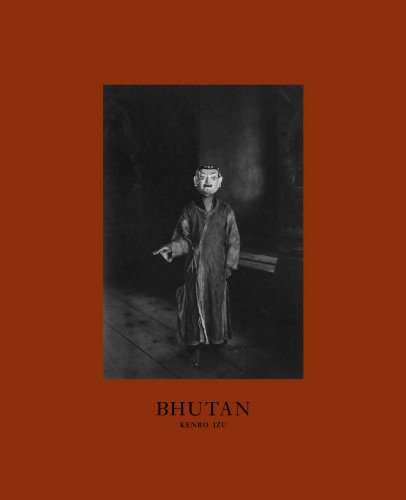 Bhutan: The Sacred Within
by Kenro Izu
Publisher's Description
Kenro Izu has spent much of his career traveling the world, seeking the sacred and spiritual in landscapes and the people who inhabit them, and attempting to capture the moments in which he senses these qualities are revealed. The photographs in Bhutan: The Sacred Within reflect Izu’s exploration of a country that he visited repeatedly over a period of six years (2002-2007) and in which he found “a wealth of spiritual value.” The people of Bhutan are heirs to an unbroken tradition of Buddhist government and religion. The kingdom is known for its measurement of national success, not in terms of the Gross National Product but rather in the Gross National Happiness of its people, a concept based on the Buddhist idea that happiness is an individual and inner pursuit. The Bhutanese government sees it as its responsibility to create the right environment for its citizens to seek happiness. Combining an artist’s vision with exquisite sensitivity to the historical craft of photography, Izu creates work that brings us closer to a country on the brink of modernity that seeks to maintain traditions. Bhutan: The Sacred Within is published to coincide with Izu’s solo exhibition at the Rubin Museum of Art, New York.

This special edition of Bhutan is limited to 25 copies with an original 14 x 17 inch platinum/palladium print (shown), numbered and signed by the artist and presented in a clamshell box.
ISBN: 1590052250
Publisher: Nazraeli Press
Hardcover : 96 pages
Language: English