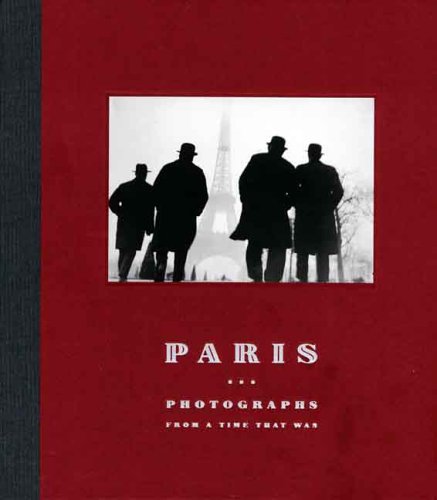 Paris: Photographs from a Time That Was (Art Institute of Chicago)
by David Travis
Publisher's Description
Eugène Atget, Jacques Henri Lartigue, André Kertész, Brassaï, Henri Cartier- Bresson, Robert Doisneau—some of the greatest photographers of Paris—were relatively unknown when they began their most innovative work. Not yet burdened with conventional career expectations, they found the city the perfect environment in which to invent and develop an entirely new approach to conceiving the photographic image. In the 1920s and 1930s, the generation of photographers after Atget responded not only to the physical city itself but also to a new sensibility of time as a spontaneous act.

Masterworks by these now-famous visionaries of the medium are featured in this elegant book of photographs of Paris from the 1850s to the 1950s, drawn from the remarkable collection of the Art Institute of Chicago. David Travis introduces the book with an insightful essay on how these photographers inherited the culture of walking in and observing Paris from Jean-Jacques Rousseau, Charles Baudelaire, and the boulevard flâneurs of the late nineteenth century. Their acceptance and celebration of the fluidity of the city’s street life became the chief virtue of their profession as photojournalists for the new illustrated magazines that would eventually make them famous.