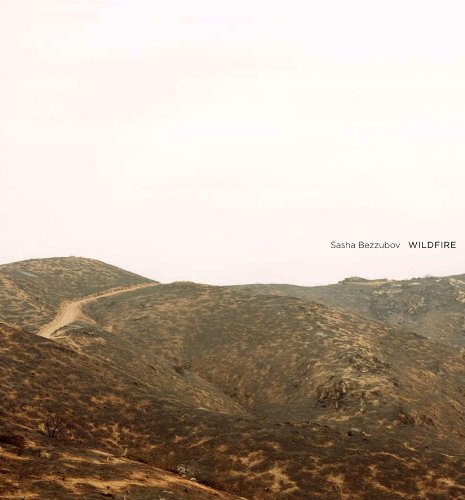 Wildfire
by Bill McKibben
Publisher's Description
In the American west during the last 35 years, the number of fires increased by a factor of four; the average fire went from lasting a week to lasting five; the total area burned increased by six and a half times; and the average fire season increased by 78 days. All of which is to say, as Bill McKibben points out in his introduction to Wildfire, we really shouldn’t be calling them wildfires any more. Sasha Bezzubov has gained wide recognition for his photographs of natural disasters in his ongoing project “Things Fall Apart.” Wildfire, the artist’s first monograph, is comprised of 32 large-scale photographs of the aftermath of forest fires in California. Using the genre of landscape photography, a tradition born with and used to celebrate industrial expansion, these photographs evidence the fragility of the man-made as it is transformed into dreamscapes of apocalyptic proportions.

“The cycle of destruction and regeneration, of death and birth, is a reality that is not subject to human contravection. Despite the muted palette, these pictures present stunning vistas of natural wreckage that mirror man-made war zones. The vastness of the devastation is at once appalling and breathtaking” — Mary Hrbacek, New York Art World
ISBN: 1590052471
Publisher: Nazraeli Press
Hardcover : 64 pages
Language: English