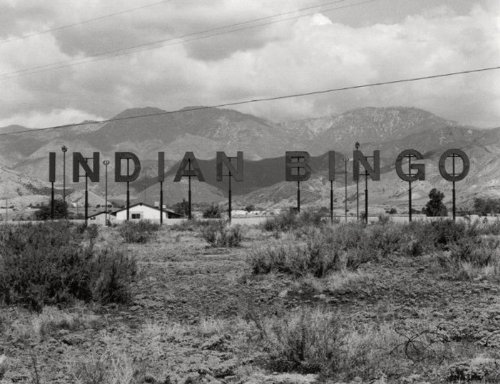 One Picture Book: Indian Bingo
by Joe Editors of Nazraeli Press & Deal
Publisher's Description
In 1983, as the inland basin of southern California was being subdivided by developers and filled in with new waves of residents, a sign at its outskirts appeared that was unusual both in meaning and appearance. The sign, 'Indian Bingo,' came into view as you emerged from the basin traveling east through the San Gorgonio Pass into the Coachella Valley headed for Palm Springs...
Publisher: Nazraeli Press, Tucson, AZ
Hardcover
Buy on Amazon