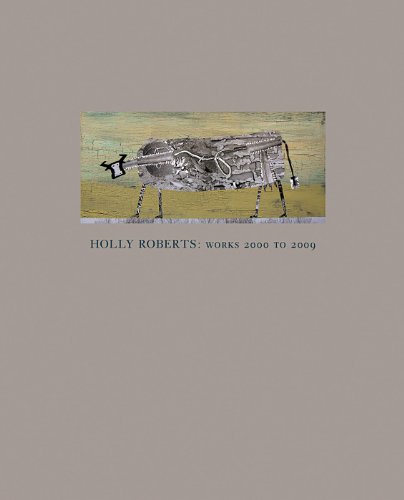 Holly Roberts: Works 2000 to 2009
by Holly Roberts
Publisher's Description
Published as a companion book to Holly Roberts: Works 1989 to 1999 (Nazraeli Press, 2000), Works 2000 to 2009 documents the artist’s activities during the past ten years. Roberts’s odyssey with the painted photograph began in the mid-1970s. She found that in painting over a slick photographic surface, she was able to manipulate the paint by scraping it, scratching it and wiping it away with the luxury of never losing the underlying image. A modern pioneer of the method, Roberts brought the technique to a study of the emotions and psyche of the human condition. After spending decades refining her practice of over-painting photographs, Holly Roberts reversed her modus operandi and in 2005 began constructing photo-based images on top of painted, stand-alone, abstract backgrounds. Her use of these innovative backdrops sets the stage for a very different manner of making images that state her oddly lyrical takes on what she perceives to be true. Holly Roberts’s work has been widely exhibited in the United States and abroad, and is included in such permanent collections as the Art Institute of Chicago; Los Angeles County Museum of Arts; and Museum of Fine Arts, Houston. Works 2000 to 2009 opens with an essay by Robert Hirsch.
ISBN: 1590052587
Publisher: Nazraeli Press
Hardcover : 80 pages
Language: English