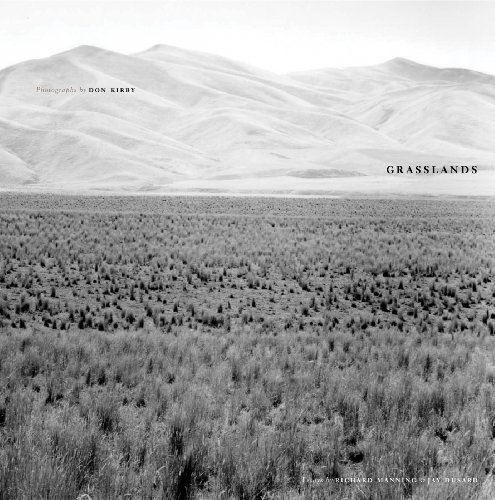 Grasslands
by Don Kirby
Publisher's Description
'It is difficult to imagine scenes more politically relevant at this very moment than these photos from America’s great grasslands. The pivotal period for most of these places occurred in a time that is a close parallel to our own, so grasslands stand as living, breathing records of an age of upheaval, economic depression and well-meant policy gone wrong. That they persist is testimony to a unique American strength: an evolved and evolving commitment to conservation. Yet they are at the same time not so much a recollection of the past, as they are an exhortation of what we must do to honor this legacy.' — From the Introduction by Richard Manning. Eight years ago, Nazraeli Press published Don Kirby's first book, Wheatcountry, to wide critical acclaim. We are pleased to announce Kirby's second monograph, Grasslands, which serves both as a companion book to Wheatcountry, and as stand-alone monograph of this important and timely series of photographs. In 2005, Kirby began a major study of the National Grasslands in the United States. The resulting monograph comprises 47 duotone plates, sequenced geographically from America's heartland of Nebraska, the Dakotas, Kansas and Oklahoma through Texas, New Mexico, Colorado, Wyoming, and Idaho, to the Oregon and California coastlines. Printed in a first edition of 1,000 casebound copies, Grasslands opens with an introductory essay by Richard Manning, and concludes with Jay Dusard's insightful and feisty afterword. A special edition of 25 signed copies, presented with a signed gelatin silver print in a handmade clamshell box, is also available, as is a new special edition of Kirby's first book, 'Wheatcountry.'

Signed copy of the book, and a signed and numbered original print in a clamshell box. Edition of 25.