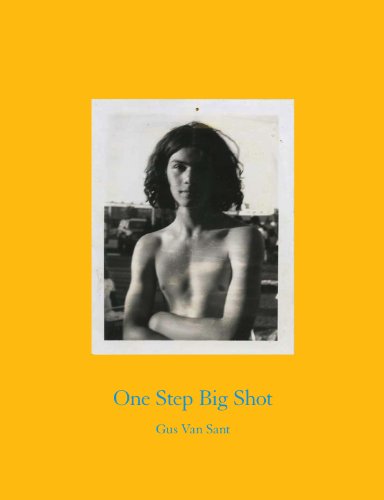 One Step Big Shot: Portraits by Gus van Sant
by Gus van Sant
Publisher's Description
The title of this important new collection of photographs by renowned movie director Gus Van Sant references a quick and direct act of picture making: the use of Polaroid cameras and films. In the hands of Van Sant, a “big shot” was “one step” in the production of his early films. As a collection, these portraits – selected from the hundreds taken for casting those films – exemplify the artist’s considerable talents, and also provoke discussion about representation. The allure of a Van Sant portrait reaches beyond the inherent luminosity and ephemeral nature of an instant positive print. The expressive gesture by an aspiring actor, able to project an appealing gaze and posture, is even more engaging when the portrayal captures an imminent or character identity in the early stages of an actor’s career. Van Sant's investment in capturing a subject at a particular moment – a one-step big shot – is much more than a process used in making films; these portraits are also, undeniably, documents that in time have become art. 'One Step Big Shot' is published to coincide with the exhibition One Step Big Shot: Portraits by Andy Warhol and Gus Van Sant at the Jordan Schnitzer Museum of Art, University of Oregon. The book opens with an insightful essay by the Museum's curator of American and regional art, Lawrence Fong.
ISBN: 1590052870
Publisher: Nazraeli Press
Hardcover : 68 pages
Language: English