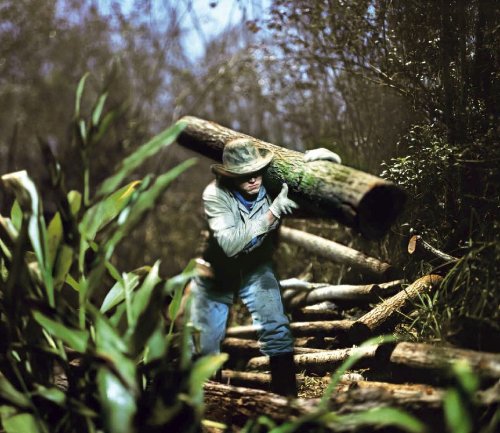 La Creciente
by Martin Parr
Publisher's Description
'My appetite to see and discover new work is insatiable, so when Marcelo Brodsky suggested that I meet some young Argentine photographers while I was considering who to show at the Brighton Photo Biennial for 2010, I jumped at this opportunity. By the time I had seen the third image in Chaskielberg’s folio I was convinced this was a major new photographer. I had never seen any images like this before and few with such maturity from a new photographer. On one level his work documents a rural community living on the banks of the Parana river delta. But there is so much more than this. All taken during the full moon, his photos are a virtuoso exploration of how flash, torches, moonlight and posed portraits all fuse together in a seamless manner. The photographer has combined subject and methodology so convincingly that you know he has resolved this brilliantly. So much so, you hardly notice the thin line between subject and style.' - From the Introduction by Martin Parr. 'La Creciente' is the sixth title in our popular series Parr/Nazraeli Series of Ten.
ISBN: 1590053214
Publisher: Nazraeli Press
Hardcover : 64 pages
Language: English