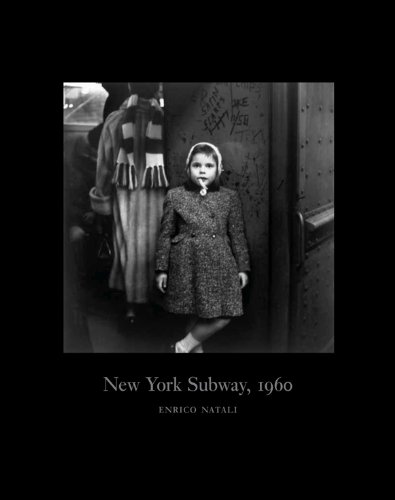 New York Subway, 1960
by Enrico Natali
Publisher's Description
Enrico Natali was born in Utica, New York and raised in the town of Carthage, a village located in the foothills of the Adirondack Mountains. In 1951 he entered the United States Coast Guard Academy, where he developed an interest in photography. Leaving the academy in 1954, he moved to New York and began working as an apprentice to photographer Anton Bruehl. In 1960, Natali began photographing in New York's subways, taking black and white candid shots of people on the trains and waiting in the underground stations. The Subway photographs, which comprise Natali's first major series, significantly transcended his previous work and convinced him that photography was his vocation and America his subject. From that time on he lived and photographed in various parts of the country, including New Orleans, Chicago and Detroit, and eventually produced a series of portraits published as New American People. Some fifty years after the Subway photographs were made, we are proud to present them, finally, in book form. “New York Subway, 1960” is published to coincide with an exhibition at the Santa Barbara Museum of Art. This beautifully produced monograph is printed in duotone on matt art paper, bound in black Japanese cloth, and printed in a first edition of 1,000 copies.
ISBN: 1590053494
Publisher: Nazraeli Press
Hardcover : 56 pages
Language: English