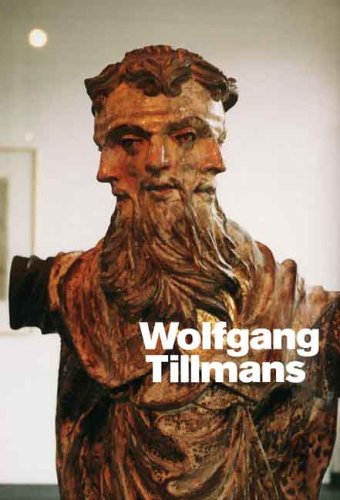 Wolfgang Tillmans
by Julie Ault
Publisher's Description
Few artists have changed the manner in which photographic images are made, read, and received over the past two decades as dramatically as German photographer Wolfgang Tillmans (b. 1968). One of the most important and distinctive artists to emerge in the 1990s, Tillmans’s work is internationally recognized for its powerful reflections on the often overlooked objects and moments in everyday life.

With images culled from the entirety of Tillmans’s career, this generously illustrated book accompanies the artist’s first retrospective exhibition in the United States and features the potent effects of his portraits, abstractions, and structural and sculptural motifs. Essays by leading scholars examine the context of the German art and pop cultural scene in which Tillmans first began working in the late 1980s; his use of magazines as both venue and source materials; his unique approach to portraiture; his ability to create a sense of intimacy between the viewer and subjects ranging from his friends to cultural figures and heads of state; and his distinctive approach to presenting his images in displays and installations.

A fascinating look at the breadth of Tillmans’s career to date, including his most recent new work, this book demonstrates the renowned abilities of one of the art world’s most revolutionary photographers.
ISBN: 0300120222
Publisher: Yale University Press
Hardcover : 181 pages
Language: English
Dimensions: 8.1 x 10 x 0.6 inches