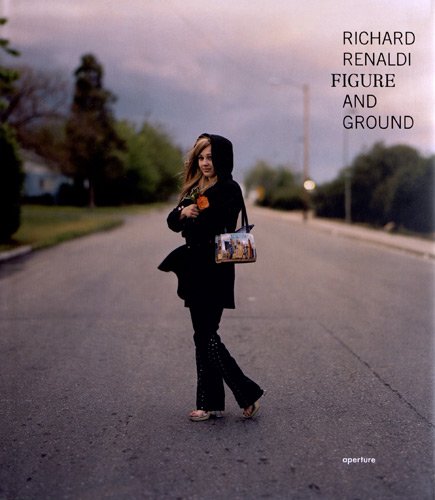 Figure and Ground
by Richard Renaldi
Publisher's Description
Though he works with an omnivorous 8x10 camera, Richard Renaldi has the roving eye of a street photographer, always searching for the brief encounter, the fleeting moment when a stranger will open his or her life to him, and, consequently, to the viewer. Richard Renaldi: Figure and Ground, drawn from more than seven years of work, presents portraits, landscapes and, most importantly, the portraits in situ that meld those two classic photographic genres, in which he embraces not only individuals but the environment that encompasses them. These images were made across the United States, and take in not only those who might seem traditionally American-a blonde carrying a Louis Vuitton bag through a Greyhound terminal, or a rodeo cowboy, arms akimbo, standing determinedly against an all-dirt horizon-but also a woman in a burqa and Timberland boots on a faded Newark street and a transgender girl working a fast-food counter under the sad-glamorous glow of fluorescent lighting. If there is truly a center to the changing American social landscape, it can be found here, in these precisely rendered portraits.

About the Limited Edition Print

The print, titled 'Christine, 2003,' is part of a series of portraits Renaldi shot in Fresno, California. As the artist drove around in a rental car scouting out people and shots, he saw Christine walking down the street with her boyfriend. 'I thought she was quite lovely and luckily for me she agreed to pose for the photograph,' says Renaldi. The couple said that they were currently homeless, so they asked Renaldi to send the photograph to a relative. He has since tried to locate Christine to let her know that she is on the cover of Richard Renaldi: Figure and Ground (Aperture, 2006), but has had no luck.