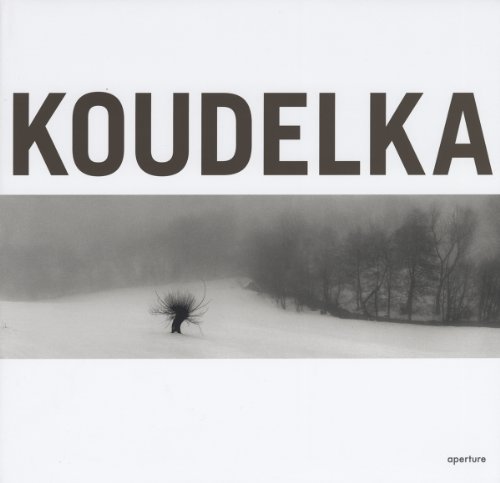 Koudelka
by Josef Koudelka
Publisher's Description
Stark, impassioned, and singularly intense, the work of the itinerant and fiercely independent Czech photographer, Josef Koudelka, has received deserved acclaim over the past three decades for having made a uniquely significant contribution to the language of photography. This major new monograph presents the most comprehensive survey of Koudelka’s work to date, bringing together more than 150 of his most eloquent images-from his earliest, many published here for the first time, to his most recent: mesmerizing studies of the European landscape made with a panoramic camera. Whether photographing Prague’s avant-garde theater scene in the 1960s, the secretive world of the Eastern European gypsies, Czech resistance to the Soviet advance on Prague, or the environmental degradation of our postindustrial world, Koudelka has consistently produced transformative images that stand outside of time and place. in the words of the legendary French photography-world figure and Koudelka’s longtime champion and publisher, Robert Delpire, “Koudelka brings an intense eye and full heart to each place, object, and person. This work proves once again that he is a photographer with unique personality and power.” beautifully produced with duotone printing and three gatefolds, this volume also contains eight original essays, each exploring a different aspect of Koudelka’s work and illustrating the artist’s constant evolution and intensity.
ISBN: 1597110302
Publisher: Aperture
Hardcover : 276 pages
Language: English
Dimensions: 11.8 x 11.3 x 0 inches