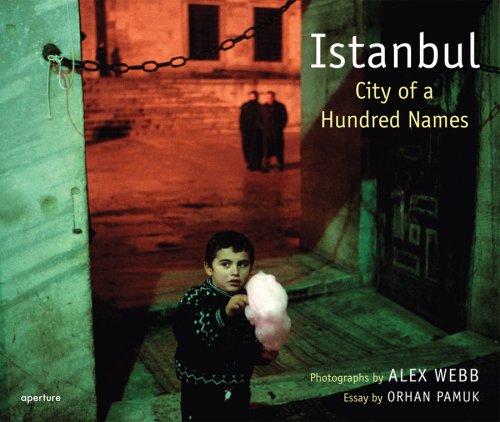 Alex Webb: Istanbul
by Alex Webb
Publisher's Description
In Istanbul: City of a Hundred Names, Magnum photographer Alex Webb displays his particular ability to distill gesture, color and contrasting cultural tensions into a single, beguiling frame. He presents a vision of Istanbul as an urban cultural center, rich with the incandescence of its past-a city of minarets and pigeons rising to the heavens during the early-morning call to Muslim prayers-yet also a city riddled with ATM machines and clothed in designer jeans. Webb began photographing Istanbul in 1998, and became instantly enthralled: by the people, the layers of culture and history, the richness of street life. But what particularly drew him in was a sense of Istanbul as a border city, lying between Europe and Asia. 'For 30-some years as a photographer, I have been intrigued by borders, places where cultures come together, sometimes easily, sometimes roughly.' The resulting body of work, some of Webb's strongest to date, conveys the frisson of a culture in transition, yet firmly rooted in a complex history. With essay by the Nobel Prize winning novelist, Orhan Pamuk.
ISBN: 1597110345
Publisher: Aperture
Hardcover : 136 pages
Language: English
Dimensions: 12.2 x 10 x 0.8 inches