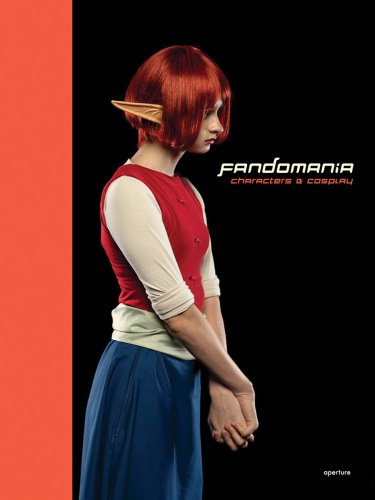 Elena Dorfman: Fandomania
by Elena Dorfman
Publisher's Description
In her riveting new book, Fandomania, photographer Elena Dorfman examines the pop culture phenomenon of 'cosplay,' in which participants dress up in costumes-and live part of their lives-as characters from video games, animated films and Japanese graphic novels. The exploding cosplay subculture flourishes at convention centers, college dorms, private clubs and in homes across the country. Dorfman puts herself quietly behind the scenes of these fan-based events to create a remarkable collective portrait. As she describes it, 'The theater of cosplay has no boundaries, is unpredictable, open-ended. It includes both the fantastic and the mundane, the sexually aberrant and innocent, female characters who become samurai warriors and brainy scientists, and male characters who magically change their sex.' Explorations of identity through portraiture are at the forefront of Dorfman's work, with the blurred lines between fantasy and reality a continuing theme. She allows each individual a spotlight in which to enact his or her fantasy. The effect is pointedly evocative of this new world of role playing and narrative, one in which scenery is secondary and persona is everything. With an essay by Carlo McCormick, and accompanying an exhibition at Edwynn Houk Gallery, New York.
ISBN: 1597110353
Publisher: Aperture
Paperback : 144 pages
Language: English