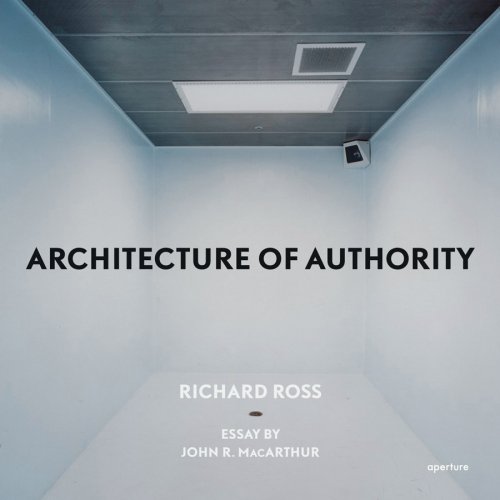 Richard Ross: Architecture of Authority
by Richard Ross
Publisher's Description
For the past several years-and with seemingly limitless access-photographer Richard Ross has been making unsettling and thought-provoking pictures of architectural spaces that exert power over the individuals within them. From a Montessori preschool to churches, mosques and diverse civic spaces including a Swedish courtroom, the Iraqi National Assembly hall and the United Nations, the images in Architecture of Authority build to ever harsher manifestations of power: an interrogation room at Guantánamo, segregation cells at Abu Ghraib, and finally, a capital punishment death chamber.

Though visually cool, this work deals with hot-button issues-from the surveillance that increasingly intrudes on post-9/11 life to the abuse of power and the erosion of individual liberty. The connections among the various architectures are striking, as Ross points out: 'The Santa Barbara Mission confessional and the LAPD robbery homicide interrogation rooms are the same intimate proportions. Both are made to solicit a confession in exchange for some form of redemption.' Essay by Harper's Magazine publisher, John R. MacArthur, also a columnist for the Toronto Globe and Mail.
ISBN: 1597110523
Publisher: Aperture
Hardcover : 144 pages
Language: English
Dimensions: 9.4 x 9.3 x 0 inches