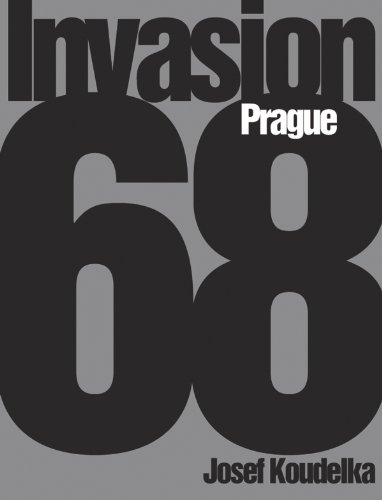 Invasion 68: Prague
by Josef Koudelka
Publisher's Description
In 1968, Josef Koudelka was a thirty-year-old acclaimed theater photographer who never photographed a news event. That all changed on the night of August 21, when Warsaw Pact tanks invaded the city of Prague, ending the short-lived political liberalization in Czechoslovakia that came to be known as the Prague Spring.
Koudelka had returned home the day before from photographing gypsies in Romania. In the midst of the turmoil of the Soviet-led invasion, he took a series of photographs, which were miraculously smuggled out of the country. A year after they reached York, Magnum Photos distributed the images, credited to an unknown Czech photographer to avoid reprisals. The intensity and significance of the images earned still-anonymous photographer the Robert Capa Award. Sixteen years would pass before Koudelka could safely acknowledge authorship.
Forty years after the invasion, this impressive monograph features nearly 250 these searing images-most of them published here for the first time-personally selected by Koudelka from his extensive archive. Though they document a specific historical event, their transformative quality still resonates. A compelling introduction and chronology by three Czech writers provides a nuanced examination of invasion.
ISBN: 159711068X
Publisher: Aperture Foundation
Paperback : 296 pages
Language: English
Dimensions: 9.6 x 12.6 x 0 inches