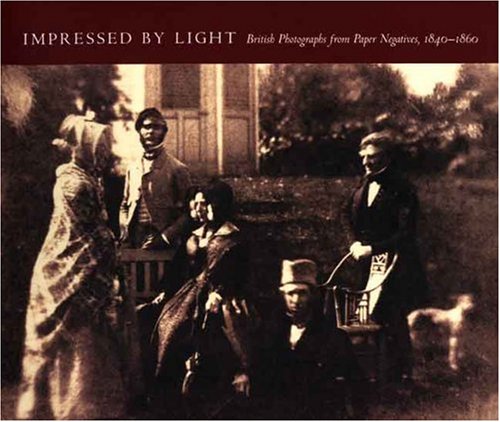 Impressed by Light: British Photographs from Paper Negatives, 1840-1860 (Metropolitan Museum of Art)
by Mr. Larry J. Schaaf
Publisher's Description
When photography appeared shortly before 1840, the metal-plate daguerreotype, invented in France, was first to achieve popularity. But the process simultaneously developed in England for capturing an image on a paper negative—from which many positives could be printed—provided the foundation on which photography would build for the next 150 years.

This beautiful book presents more than 120 photographs printed from paper negatives, or calotypes, most never before published. The entire course of the paper negative’s “golden age” is described, from its laborious invention by William Henry Fox Talbot to competition with French photographers and commercial practitioners. Aesthetically ambitious, these richly textured calotypes were created by photographers both eminent and virtually unknown. Also included is an invaluable biographical dictionary of more than 500 British calotypists.
ISBN: 0300124058
Publisher: Metropolitan Museum of Art
Hardcover : 452 pages
Language: English
Dimensions: 9.9 x 11.9 x 1.8 inches