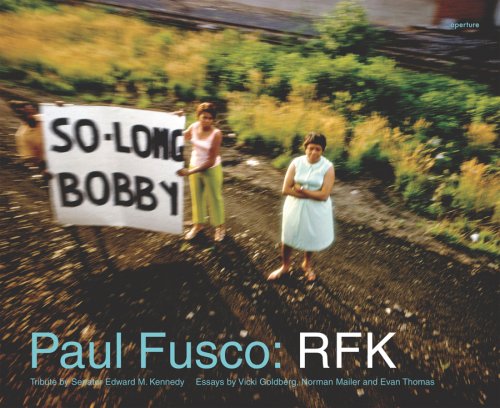 As a staff photographer for Look magazine, in 1968, Fusco was in fact commissioned to document all the events surrounding the funeral. In addition to capturing the thousands of Americans who stood by the railroad tracks to greet the funeral train carrying Kennedy’s coffin, he also photographed the mourners gathered at St. Patrick’s Cathedral in New York, as well as the dramatic night burial in Arlington National Cemetery. Newly discovered photographs are presented alongside classic images of the funeral train that have been seared into public consciousness from two previous iterations of the work: a 1999 limited-edition and the 2000 trade edition, both long out-of-print.

Paul Fusco: RFK provides a new perspective on this legendary photographer’s singular achievement. It also helps solidify the status of this classic body of work as one of the great efforts in photographic reportage and an incomparable document of this pivotal moment in U.S. history.