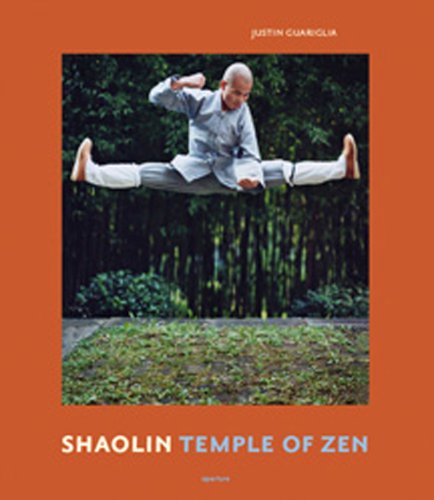 Shaolin: Temple of Zen
by Matthew Polly
Publisher's Description
For the first time in history, the notoriously guarded warrior monks of the 1500-year-old Shaolin Temple-a Chinese Buddhist sect dedicated to preserving a form of kung fu known as the 'vehicle of Zen'-have allowed their secretive society to be documented. With the blessing of the main abbot, Justin Guariglia earned the trust and full collaboration of the Shaolin monks to create an astonishing, empathic record of the Shaolin art forms and the individuals who consider themselves the keepers of these traditions. Over the past eight years, Guariglia has deftly captured the changing context of this ancient sect as it encounters the increasingly hyper-modern world of contemporary China. This amazing work provides viewers with a rare opportunity to examine the energy and spirit of the Shaolins' unique Zen practice, which has until now primarily been seen via pop-cultural interpretation in such films as Crouching Tiger, Hidden Dragon. It features serial imagery of fighting poses; cinematic grid images and cool design.
ISBN: 1597110809
Publisher: Aperture Foundation
Hardcover : 144 pages
Language: English