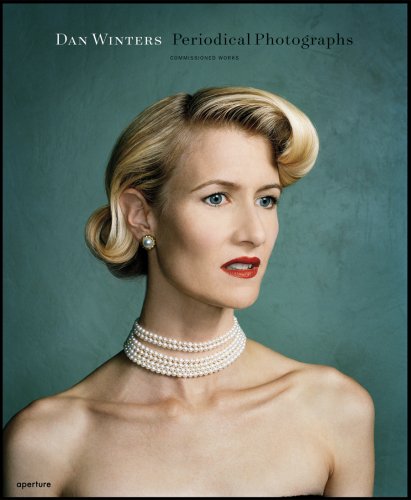 Dan Winters: Periodical Photographs
by Dan Winters
Publisher's Description
With one foot in art history and the other firmly in his own time, Dan Winters has produced many of the most classic celebrity portraits of the past 15 years. Sometimes the poses are familiar from early Renaissance portraiture-the profile or three-quarter profile view of the subject beginning from the chest up, the eyes raised skyward, the background a murky monochrome. In other portraits, Winters conjures early photography, and in yet others, one finds entirely contemporary backdrops of freeways or industrial interiors. He excels in lighting, shrouding his subjects in shadow (Morrissey) or very slightly bleaching them (Kate Winslet) to produce a strange remoteness. Winters is responsible for the definitive portraits of Hollywood's most photographed A-listers (Gwyneth Paltrow, Angelina Jolie, Denzel Washington, Nicole Kidman, Johnny Depp, Leonardo DiCaprio) and music superstars (Bono, Eminem, Willie Nelson), as well as scientists, architects and everyday, extraordinary Americans. This long-awaited first monograph from this top editorial photographer provides an overview of his assignment work as a contributor to some of America's most prestigious magazines, including New York, Esquire, Rolling Stone and The New York Times Magazine, with an emphasis on his portraiture. Designed by Scott Dadich, award-winning Creative Director of Wired magazine, it showcases a photographer at the top of his game.
ISBN: 1597110922
Publisher: Aperture
Hardcover : 156 pages
Language: English
Dimensions: 9.5 x 11.7 x 0 inches