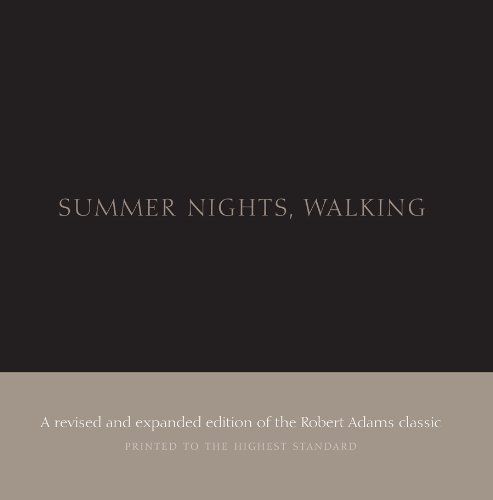 Robert Adams: Summer Nights, Walking
by Robert Adams
Publisher's Description
In this exquisitely produced book, the influential American photographer Robert Adams revisits the classic collection of nocturnal landscapes that he began making in the mid-1970s near his former home in Longmont, Colorado. Originally published by Aperture in 1985 as Summer Nights, this new edition has been carefully reedited and resequenced by the photographer, who has added 39 previously unpublished images. Illuminated by moonlight and streetlamp, the houses, roads, sidewalks and fields in Summer Nights,Walking retain the wonder and stillness of the original edition, while adopting the artist’s intention of a dreamy fluidity, befitting his nighttime perambulations. The extraordinary care taken with the new reproductions also registers Adams’ attention to the subtleties of the night, and conveys his appeal to look again at places we might have dismissed as uninteresting. Adams observes,“What attracted me to the subjects at a new hour was the discovery then of a neglected peace.”