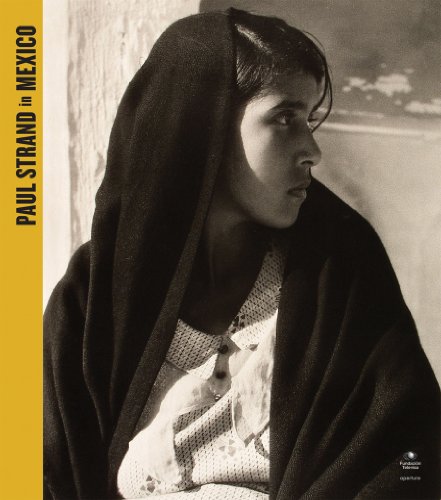 Paul Strand in Mexico
by Paul Strand
Publisher's Description
Paul Strand in Mexico tells the story of the photographer's journeys through Mexico in the early 1930s. In search of a fresh start, Strand traveled to Mexico City in late 1932 at the invitation of Carlos Chavez, the eminent Mexican composer and conductor. The work he created during this key period reflects a time of intense productivity, creative renewal, and the evolution of Strand's foundational idea of the 'collective portrait,' in which he depicted a region through photographs of individuals, still lifes and studies of architecture and religious subjects. The first publication to chronicle this pivotal time in Strand's career (1932-34), Paul Strand in Mexico demonstrates how, through his photographic studies and work in film, Strand deepened his involvement with Mexican art, society, and revolutionary politics. Shedding new light on this little-known chapter of Strand's life, a scholarly analysis by James Krippner (Associate Professor of History at Haverford College, Pennsylvania) brings together primary research from distinguished archives and institutions in both Mexico and the United States, and Mexican photo-historian Alfonso Morales contributes an essay contextualizing this remarkable body of work within the canon of Mexican photography and film of the 1930s. Additionally, the appendix serves as the catalogue raisonné of Strand's entire photographic output in Mexico. The culmination of Strand's time in Mexico was his collaboration with Emilio Gomez Muriel and Academy Award-winning director Fred Zinnemann on the groundbreaking film, Redes (The Wave) (1936). A remastered DVD version of the film is included with this essential volume.