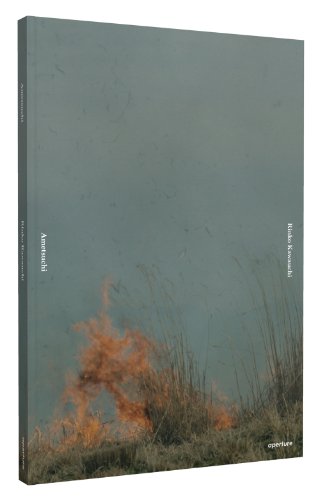 Rinko Kawauchi: Ametsuchi
by Rinko Kawauchi
Publisher's Description
Rinko Kawauchi has gained international recognition for her nuanced, lushly colored images that offer closely observed fragments of everyday life. In her latest work, she shifts her attention from the micro to the macro. The title, Ametsuchi, is composed of two Japanese characters meaning 'heaven and earth,' and is taken from the title of one of the oldest pangrams in Japanese-a chant in which each character of the Japanese syllabary is used. Translated loosely as 'Song of the Universe,' it comprises a list that includes the heavens, earth, stars and mountains. In Ametsuchi, Kawauchi brings together images of distant constellations and tiny figures lost within landscapes, as well as photographs of a traditional controlled burn farming method (yakihata) in which the cycles of cultivation and recovery span decades and generations. Punctuating the series are images of Buddhist rituals and other religious ceremonies-a suggestion of other means by which humankind has traditionally attempted to transcend time and memory. The book is designed by award-winning Dutch designer Hans Gremmen, who brings a sense of the monumental and the mysterious to the design, including a seductive origami binding. The series is Kawauchi's first to be fully realized with a medium-format, 4 x 5 camera, instead of the 2-inch format for which she has become best known. And while her work has frequently touched on the ephemeral, often using tiny details as a point of access to the larger cycles of life, with this new body of work, she purposely concentrates on the elemental and universal.

Please note that the book is designed so that the negative image appears on the inside of pages that are uncut at the top of the block. This is not a flaw, but a wonderful design element.