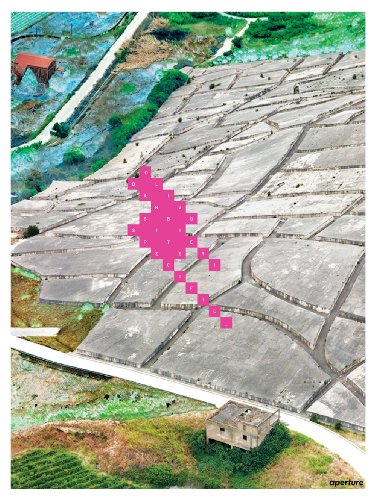 Olivo Barbieri: Site Specific
by Olivo Barbieri
Publisher's Description
Site Specific is a summary of Olivo Barbieri's ten-year project to record the world's cities in aerial photographs, presented for the first time in a comprehensive volume. It is both a remarkable documentation by a thrilling image-maker of twenty-five cities throughout the world as well as a narrative of Barbieri's evolving approach to photography and his thoughts about the nature of the medium. Presented chronologically, the book begin with the distinct 'tilt-shift' photographs of Italian cities with which Barbieri first established his reputation-and that launched a popular stylistic movement for selective-focus photographs. During the series, he later introduced other devices and approaches to 'distort' perceived reality-such as playing with color, registration, and the deletion or discoloring of particular details-to dramatic effect. The result is a remarkable photo essay about twenty-first-century urban space and about photography itself. The book is introduced by curator Christopher Phillips and features Barbieri's city-by-city commentary.
ISBN: 1597112291
Publisher: Aperture
Hardcover : 184 pages
Language: English
Dimensions: 0 x 0 x 0 inches