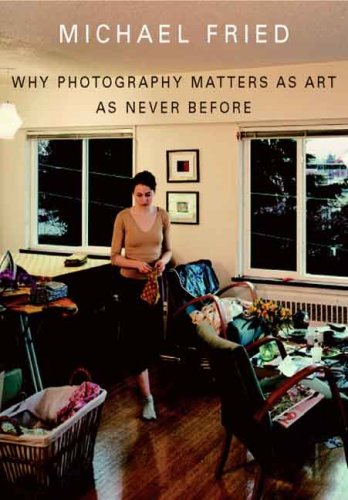 Why Photography Matters as Art as Never Before
by Michael Fried
Publisher's Description
From the late 1970s onward, serious art photography began to be made at large scale and for the wall. Michael Fried argues that this immediately compelled photographers to grapple with issues centering on the relationship between the photograph and the viewer standing before it that until then had been the province only of painting. Fried further demonstrates that certain philosophically deep problems—associated with notions of theatricality, literalness, and objecthood, and touching on the role of original intention in artistic production, first discussed in his contro­versial essay “Art and Objecthood” (1967)—have come to the fore once again in recent photography. This means that the photo­graphic “ghetto” no longer exists; instead photography is at the cutting edge of contemporary art as never before.