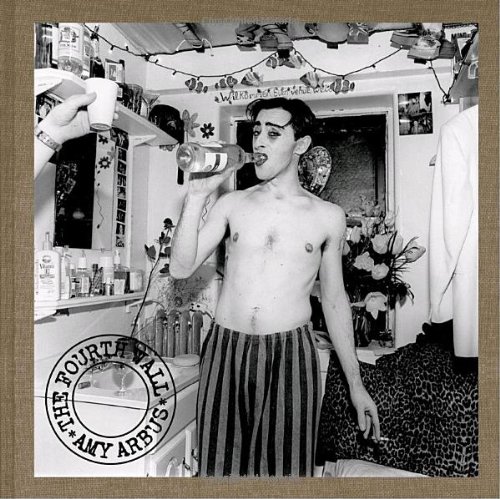 The Fourth Wall
by Amy Arbus
Publisher's Description
What happens when a performing actor leaves behind his lines, staging, sets, and lighting, and steps beyond the fourth wall? For three years, Amy Arbus has been exploring this question in a series of dramatic portraits of celebrated actors, both on and off Broadway. Fully costumed but stripped of their context, Arbus's actors remain in character as they step outside the fiction of theater into the reality of the world beyond. Staged in anonymous public spaces-in theater lobbies, on city streets, in parks, and in stage door alleys-Arbus's images achieve an unexpected blend of spectacle and high art; formality and spontaneity; vulnerability and pretense. Collected in The Fourth Wall are some of the modern stage's most gifted actors, including Alan Cumming in Cabaret, John Malkovitch in Lost Land, Liev Schreiber in Talk Radio, Ed Harris in Wrecks, Cherry Jones in Doubt, Christine Ebersol in Grey Gardens, and Ethan Hawke and Martha Plimpton in The Coast of Utopia. Actors are included from such successful and ambitious productions as Wicked, The Light in the Piazza, Hedwig and the Angry Inch, Chitty Chitty Bang Bang, and The Color Purple, to name but a few. Portraits are accompanied by synopses of the plays as well as quotes from a number of the actors portrayed. In 2006's critically acclaimed book On the Street, Arbus focused her lens on those who dressed to express themselves-now she turns her attention to those who dress to become someone else. The result is a collection of potent photographs that pay remarkable tribute to contemporary theater and the performers who bring fantasy to life.
ISBN: 1599620448
Publisher: Welcome Books
Hardcover : 160 pages
Language: English
Dimensions: 10.9 x 11.1 x 0.9 inches