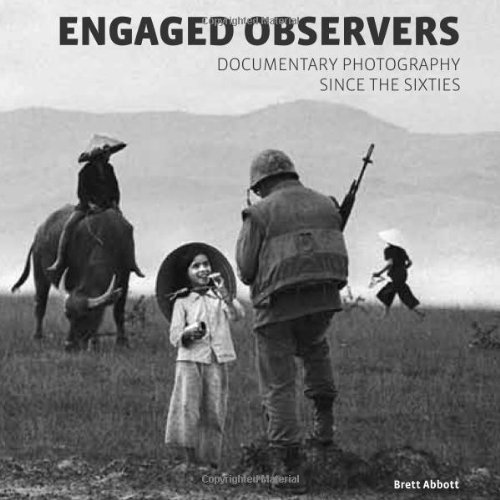 Engaged Observers: Documentary Photography Since the Sixties
by Brett Abbott
Publisher's Description
In the decades following World War II, an independently minded, critically engaged form of photojournalism began to flourish. It was not destined for the morning papers or exclusively for newsmagazines, and it did not attempt to be neutral. This kind of photojournalism was self-assigned. It declared its independence from the mainstream media's editorial control, and it was disseminated to the public through books, exhibitions, articles, and, more recently, the Web.