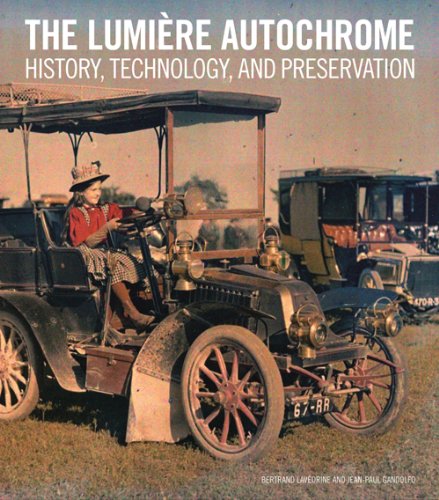 The Lumiere Autochrome: History, Technology, and Preservation
by Christine Capderou
Publisher's Description
Louis Lumiere is perhaps best known in the US for his seminal role in the invention of cinema, but his most important contribution to the history of photography was the autochrome. Engagingly written and marvelously illustrated with over 300 images, The Lumiere Autochrome: History, Technology, and Preservation tells the fascinating story of the first industrially produced form of color photography. Initial chapters presented the Lumiere family enterprise, set out the challenges posed by early color photography, and recount the invention, rise, and eventual decline of the autochorme, which for the first four decades of the twentieth century was the most widely used form of commercial color photography. The book then treats the technology of the autochrome, including the technical challenges of platefabrication, described in step-by-step detail, and a thorough account of autochrome manufacture. A long final chapter provides in-depth recommendations concerning the preservation of these vulnerable objects, including proper storage and display guidelines. There are also engaging portfolios throughout the book showcasing autochrome photographs from around the world as part of an initiative founded by the French banker Albert Kahn, as well as engrossing testimonials by children of men who worked in Lumiere factories in the early twentieth century. The appendix includes transcriptions and facsimile reproductions from the Lumiere notebooks as well as original patent documents.
ISBN: 1606061259
Publisher: Getty Conservation Institute
Paperback : 380 pages
Language: English
Dimensions: 0 x 0 x 0 inches