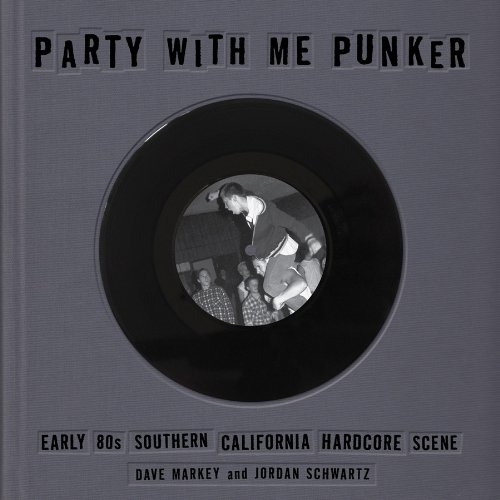 Party With Me Punker
by Dave Markey and Jordan Schwartz
Publisher's Description
Filmmaker Dave Markey has been well known since the 1980s for his films and videos that featured early appearances by alternative-rock music icons such as Mud Honey, Meat Puppets, Nirvana and Sonic Youth, but even as a teenager he was documenting the artists around him. In 1982, with his best friend Jordan Schwartz, Markey founded We Got Power, a fanzine dedicated to covering the hardcore and punk music communities in their native Los Angeles. Their text and photographs captured the early punk spirit of Black Flag, the Minutemen, Suicidal Tendencies and Hüsker Dü, at the height of their powers, when these bands were still playing in dilapidated houses and abandoned buildings. With a teenager's candor and affection, Party with Me Punker presents an intimate view of one of the most fertile moments in the history of alternative music.
ISBN: 161623489X
Publisher: Ecstatic Peace Library
Hardcover Language: English
Dimensions: 0 x 0 x 0 inches