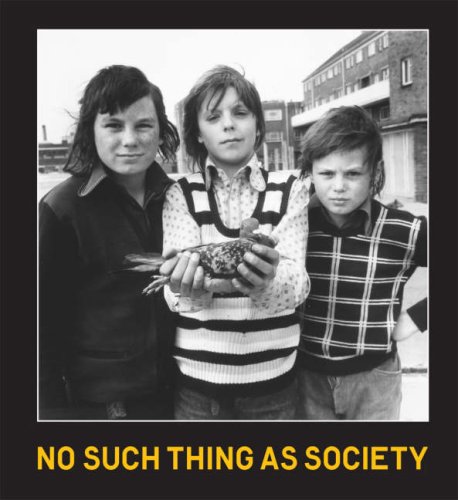 No Such Thing As Society: Photography in Britain 1967-87. From the Arts Council Collection and the British Council
by David Mellor
Publisher's Description
When thinking of late-twentieth-century Britain, we often think of pop exports like The Beatles, the Sex Pistols or The Smiths and forget that England, from the late 60s through the 80s, was brutally depressed by inflation, unemployment, strikes, blackouts and racial unrest. Beginning in the early 70s, the Arts Council of Great Britain (now Arts Council England) began to commission photographers-including now-well-known artists, such as Ian Breakwell and Martin Parr-to document these turbulent and changing times through black-and-white photographs. By the 1980s, the British Council had also begun to collect new color photography by artists who were documenting the social scene. This volume brings the two collections together, with an essay by photography historian and critic David A. Mellor. A radically new picture of these 20 pivotal years emerges.
ISBN: 1853322652
Publisher: Hayward Publishing
Paperback : 168 pages
Language: English
Dimensions: 8.4 x 9.1 x 0 inches