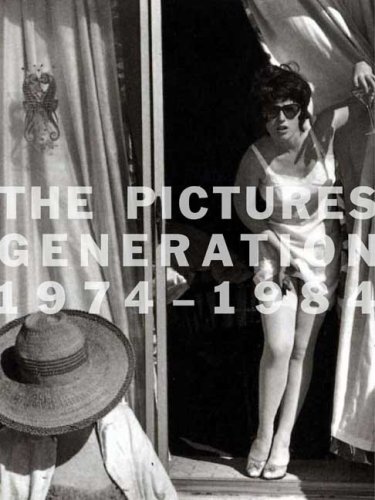 The Pictures Generation, 1974-1984 (Metropolitan Museum of Art)
by Douglas Eklund
Publisher's Description
This handsome book is the first comprehensive examination of the Pictures Generation, a loosely knit group of artists working in New York from the mid-1970s to the mid-1980s. The overarching subject of the work of these artists was imagery itself—how pictures not only depict but also shape how we perceive the world and ourselves. The collective achievement of this group is an extremely important chapter in the history of contemporary art.

Born into an expanding media and consumer culture and educated in the strategies of Minimal and Conceptual art, the artists of the Pictures Generation, including Robert Longo, Richard Prince, David Salle, and Cindy Sherman, chose to return to representation, addressing the rhetorical, social, and psychological functions of the image across all media (photography, painting and sculpture, drawings and prints, film and video, and music and performance). While the careers of these artists are typically considered in isolation, this catalogue traces their complex interrelationships and mutual development—beginning with the emergence of a group sensibility characterized by techniques of distancing and theatricality and ending with a resurgence of painting by mostly male artists (which was contested by women artists working in media such as video, photography, and installation).