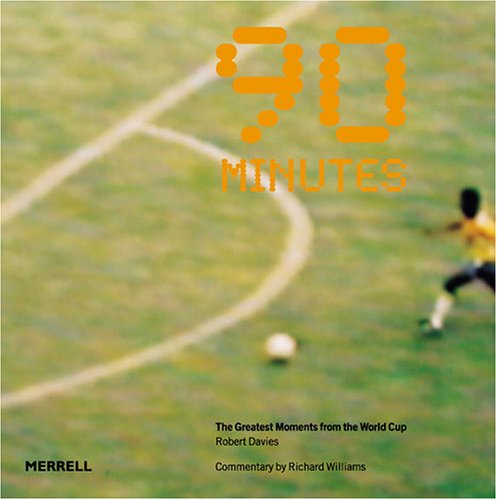 90 Minutes: The Greatest Moments from the World Cup
by Richard Williams
Publisher's Description
With unparalleled access to FIFA’s collection of televised footage, artist Robert Davies has scrutinized every World Cup tournament since 1932 to uncover the key moments, or ‘epiphanies’, from the world’s most popular sporting event. These sublime moments have been carefully captured in more than 100 highly original photographs that provoke memories of each match that are far more evocative than the final score or the names of the winning goal-scorers.

• Published to coincide with the 2006 FIFA World Cup • A stunning album of highly original photographs of the pivotal moments from all the World Cup tournaments since 1932 • Every image is accompanied by a caption that encapsulates the moment depicted, citing all the essential details of the match including the names of the players, the names of the participating teams, the name of the stadium, the date, the attendance figure and the final score • Combines the popularity of football with the visual sophistication of contemporary art, and will appeal to anyone interested in either … or in both
ISBN: 1858943051
Publisher: Merrell Publishers
Hardcover : 208 pages
Language: English
Dimensions: 10.4 x 10.6 x 0 inches