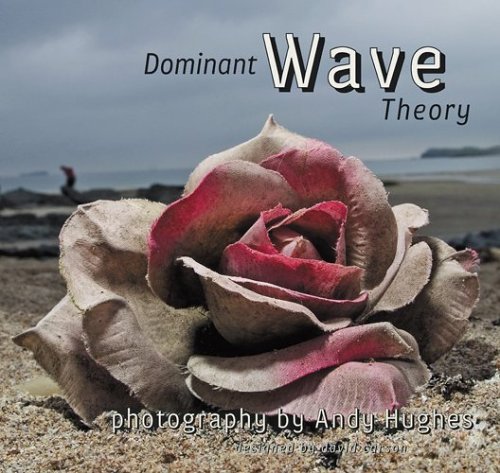 Dominant Wave Theory
by Andrew Hughes
Publisher's Description
Andrew Hughes's work explores the detritus and garbage washed up on the shores where he surfs. Despite their ominous presence, these mass-produced items become aesthetic forms within the open theater of the beach. By photographing everyday products in such an environment, Hughes attempts to draw attention to the small scale, the unseen, and the pollutants of modern industrial consumerist society.

A portion of the proceeds from this book, which was designed by well-know American designer David Carson, will be donated to three charities: Surfrider Foundation, Surfers Against Sewage, and the Marine Conservation Society.
ISBN: 1861542844
Publisher: Booth - Clibborn Editions
Hardcover : 204 pages
Language: English