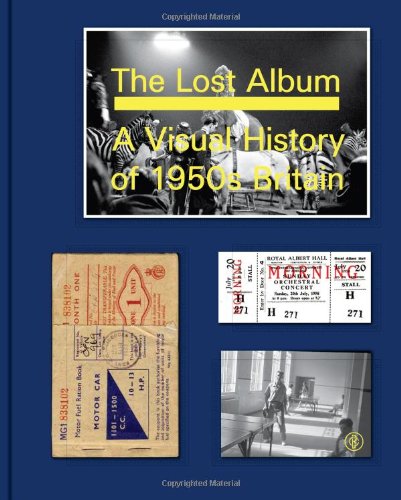 The Lost Album: A Visual History of 1950s Britain
by Basil Hyman
Publisher's Description
Basil Hyman, a keen amateur photographer, took hundreds of photographs of everyday life in Britain during the 1950s. 'The Lost Album' is a nostalgic look back at this long-gone era, filled with photographs made during a time of enormous social change-just after World War II and before the 'Swinging Sixties'-and a wealth of ephemera: theater tickets and playbills, newspaper advertisements, ration books, and much more. Special inserts include actual facsimiles of some of these now-obscure items-talismans from a slower time, when formality, pride, and courtesy prevailed. There are special sections on two major events: the Festival of Britain in 1951, and the Coronation of Queen Elizabeth II in 1953. With brief, lively introductions and captions, this is a captivating snapshot of how people lived and played in Britain in those years.
ISBN: 1861543204
Publisher: Booth-Clibborn
Hardcover : 300 pages
Language: English
Dimensions: 10 x 12 x 1.2 inches