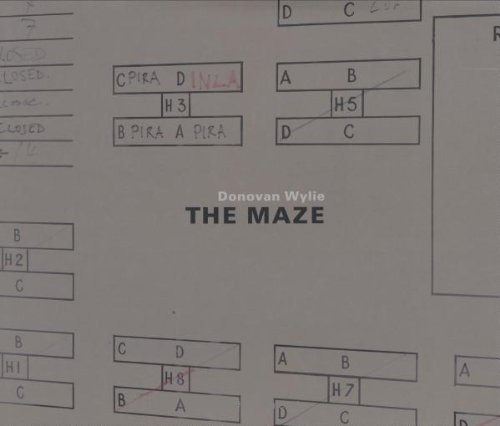 Donovan Wylie: The Maze
by Donovan Wylie
Publisher's Description
For nearly 30 years, the Maze prison, 10 miles outside Belfast, played a unique role in the Northern Ireland Troubles. Built in 1976 to house terrorist prisoners, political segregation was so fierce it led to scenes of violent protests, hunger strikes, mass escapes, and deaths of both inmates and prison staff. At its peak capacity in the 1980s, the Maze housed more than 1,700 prisoners. In September 2000, under the terms of the Good Friday agreement, the prison was closed and the last four inmates were transferred to other prisons in Northern Ireland. Now, a handful of prison officers man the empty complex while the future of the site is debated. The prison’s current state of limbo and the unanswered questions regarding its fate seem to reflect Northern Ireland’s unsteady progress in grappling with its recent history. Last year, the Northern Ireland Prison Service gave Donovan Wylie exclusive and unprecedented permission to photograph the entire prison complex without supervision. The result is a book which not only documents the physical structure but manages to communicate some experience of the psychological impact of being inside the Maze. With a text by Louise Purbrick, Senior Lecturer in History and Design at Brighton University, and a timeline history of the prison and its prisoners as they relate to the history of the Troubles, this book records and preserves a unique physical structure that has played an important role in our recent history.
ISBN: 1862076847
Publisher: Granta
Hardcover : 112 pages
Language: English
Dimensions: 9.1 x 10.8 x 0 inches