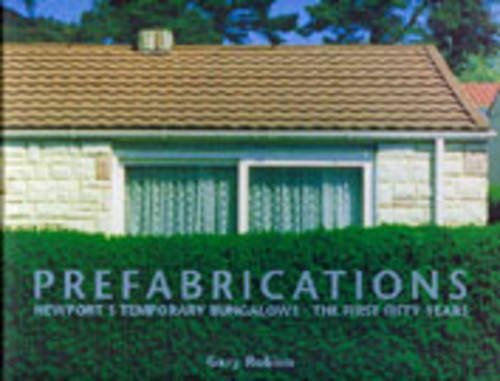 Prefabrications
by Gary Robins
Publisher's Description
On December 11th 1947, a Pontypool man was arrested after being caught peering through the window of a prefabricated bungalow and terrifying the female occupants. He was found guilty of the unusual and ancient crime of eavesdropping, and was bound over for 12 months. 'I have never seen inside a prefab and I just had to take a look' he said in his defence. This unfortunate man was not alone in his fascination. The arrival of the prefab at the end of World War Two surprised and intrigued many people, and for some, is still a source of fascination; not least for photographer Gary Robins who grew up near a large development of prefabs, and who decided to capture their peculiar presence on film for posterity, following the local authority’s decision to replace the prefabs with ‘proper’ bungalows. Prefabrications is a celebration of this modest temporary structure, and a tribute to the residents who have created unique neighbourhoods with an independent spirit and identity. This fully illustrated publication includes an extended essay on the history of the prefab by Gary Robins and a short introduction by the writer and critic, Ian Walker.
ISBN: 1872771114
Publisher: Ffotogallery
Paperback : 48 pages
Language: English