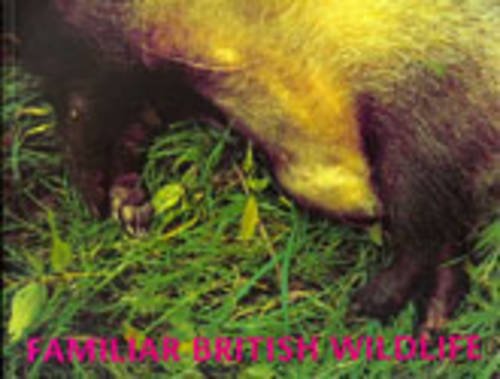 Familiar British Wildlife
by Clive Landen
Publisher's Description
There is heavy irony in the familiarity of Clive Landen’s birds and animals in Familiar British Wildlife. They don’t exist in a state of natural grace, in an untroubled habitat. Instead the hard shoulder and the gravel verge is the real site of their existence as we have come to know it. The subjects in Clive Landen’s photographs are ‘road-kills’. His tableaux reveal death; not just the literal death of the creatures themselves but the metaphoric death of the picturesque countryside vision of Britain: a death of the imagination. From the Nineteenth Century onwards, the countryside - and the animals that inhabit it - have played a cherished part in British culture. It is a Britain where wildlife is taken to exemplify the qualities of the natural, the unspoiled and the trouble-free. The realities of the late 20th century are somewhat different; culturally, politically and, more specifically, ecologically. Landen’s graphic photographs in Familiar British Wildlife address this radically altered environment with adroitness and clinical precision.
ISBN: 1872771203
Publisher: Ffotogallery
Paperback : 48 pages
Language: English