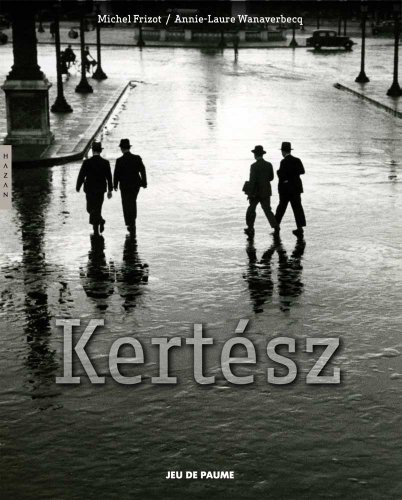 Andre Kertesz (Editions Hazan)
by Michel Frizot
Publisher's Description
André Kertész (1894–1985) is one of the most original and celebrated of photographers of the 20th century. He was a founder of the modernist photography that originated in the European avant-garde movements of the 1920s, and although his lifelong unwillingness to compromise his independence and his creation of 'photographic poetry' made him an almost marginal figure for most of his life, his influence on the development of photography, particularly photojournalism, during the middle years of the century was profound.

This comprehensive book accompanies a major retrospective exhibition of Kertész’s work at Paris’s Jeu de Paume Museum (also visiting several other European venues including Winterthur, Berlin, and Budapest). The text is organized around the three main periods of Kertész’s seventy-year-long career: Budapest, 1914–25; Paris, 1925–36; and New York, 1936–85. Each section of the text includes an illustrated historical analysis, a portfolio of works, and notes on particular elements of Kertész’s style and practice. Many rare vintage and period prints produced under the photographer’s control are reproduced to highest standards in this beautiful book, reflecting the visual quality of this exceptional body of compelling and poetic images.