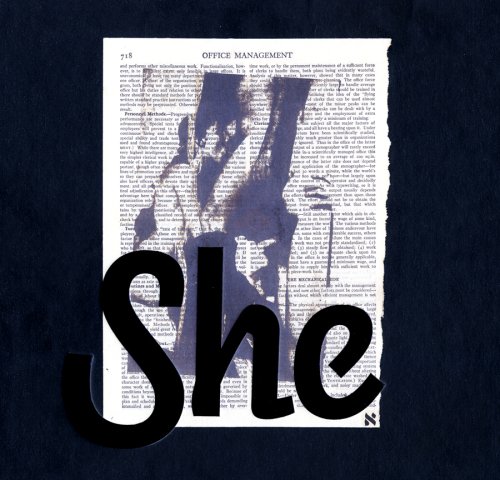 She: Works by Wallace Berman & Richard Prince
by Kristine McKenna
Publisher's Description
The use of heterosexual pornography or soft erotica in collage and assemblage is often all too uncritical, but for a few of the California artists who came of age in the early 1950s, its applications were much more nuanced. For example, Wallace Berman's 1957 Cross' assemblage features a close-up photograph of heterosexual penetration that affirms sex as a 'factum fidei' ('true fact,' as Berman's inscription went)-its explicitness serving simply as realism. This approach to 'girlie magazine' imagery and its polar opposite-the impulse to decommodify sexuality-can both be found in the photographs, paintings and books of Richard Prince, an artist whose fondness for the era of Berman is well known. She traces these overlaps and sympathies with reproductions of previously unseen works by Berman and new images from Prince's Girlfriends and de Kooning series. Also including an interview with Prince, She is edited by Kristine McKenna, whose ongoing work on Wallace Berman and his contemporaries continues to yield exciting discoveries.
ISBN: 1880086204
Publisher: Michael Kohn Gallery
Hardcover : 112 pages
Language: English
Dimensions: 10.6 x 9.6 x 0 inches