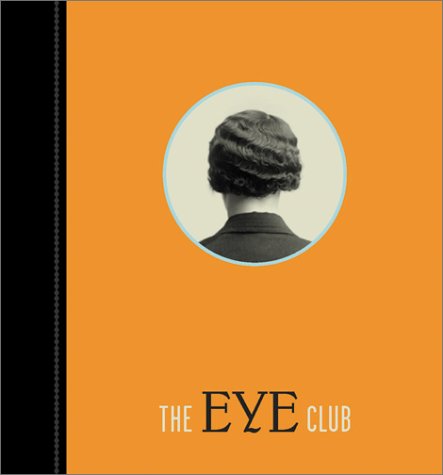 The Eye Club
by Frish Brandt
Publisher's Description
"San Francisco's esteemed Fraenkel Gallery celebrates its 25th year with a collection of 100 little-known images by some of the world's most compelling photographers. 'The Eye Club,' unofficially founded around 1975, was the nickname given to the loose conglomeration of individuals who found themselves among the first new collectors of photography. Operating purely on instinct and the love of seeing, these few dozen people (including Sam Wagstaff, Andre Jammes and other now-legendary collectors) shared a distaste for established pantheons and veered instead toward the lesser-known, the anonymous, the outré or any photograph emanating sparks of electricity. Photography was their perfect vehicle and they were startled to find themselves in so much unchartered territory. The nearly 100 surprising pictures in The Eye Club have been assembled in a similar spirit of adventure. Photography persists as an unruly medium, and this book is comprised of an unruly group of photographs, brought together in the open-eyed spirit of the Eye Club to mark the 25th anniversary of San Francisco's esteemed Fraenkel Gallery. Printed with exceptional fidelity to the original prints, this publication assembles little-known images by some of the most important artists in the history of photography, chosen with an eye toward the unexpected and including as-yet-unpublished work by Diane Arbus, Chuck Close, Constantin Brancusi, Robert Adams, Ralph Eugene Meatyard, Nan Goldin, Hiroshi Sugimoto and Andy Warhol, among many others. A significant number of works by "Photographer Unknown" are included among gems by Richard Avedon, Nadar, Andreas Gursky, Lee Friedlander, Alfred Stieglitz, Adam Fuss, Helen Levitt, Paul Outerbridge and Robert Frank. The combination is fresh and surprising."-the publisher
ISBN: 1881337170
Publisher: Fraenkel Gallery
Hardcover : 232 pages
Language: English