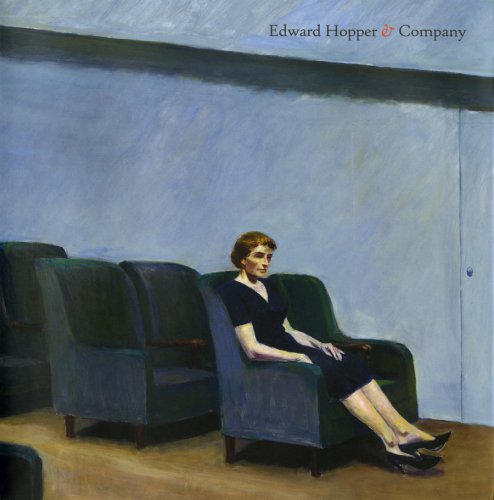 Edward Hopper & Company: Hopper's Influence on Photography: Robert Adams, Diane Arbus, Harry Callahan, William Eggleston, Walker Evans, Robert Frank, Lee Friedlander, Stephen Shore
by Jeffrey Fraenkel
Publisher's Description
British author Geoff Dyer once surmised that Edward Hopper 'could claim to be the most influential American photographer of the twentieth century - even though he didn't take any photographs.' What we see in Hopper's paintings when we look at them through the lens of photography, and how, in turn, the language of photography was influenced by Hopper's work, are the twin subjects of Edward Hopper & Company. Thoughtfully curated and edited by the respected San Francisco gallerist Jeffrey Fraenkel, seven paintings and three drawings by Hopper are here thematically interlaced with carefully selected photographs by eight of the masters of twentieth-century photography: Robert Adams, Diane Arbus, Harry Callahan, William Eggleston, Walker Evans, Robert Frank, Lee Friedlander and Stephen Shore. As Fraenkel writes in his introduction,'More than almost any American artist, Hopper has had a pervasive impact on the way we see the world-so pervasive as to be almost invisible. The photographs that follow are potent evidence of his legacy, each a revelation of how one medium might point to unimagined new possibilities for another.' In his intimate essay for this volume, photographer Robert Adams identifies the singularity of Hopper's influence when he writes that it was Hopper who enabled his artistic realization 'One did not need to be ashamed of having a heart.'