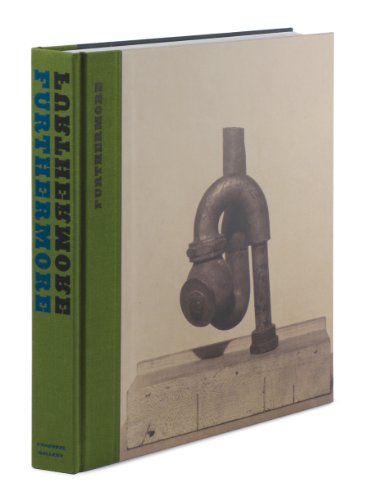 Furthermore
by Jeffrey Fraenkel
Publisher's Description
Every five years or thereabouts, the renowned Fraenkel Gallery in San Francisco finds itself with a number of unrelated works of photography that stand out as special, and which ultimately get collected in one of the gallery’s award-winning and soughtafter quintannual publications. These publications, every one of which has been a masterpiece of photography publishing, and swiftly becomes a rarity, constitute a kind of ultimate connoisseur’s survey of photographic gems. As with previous anniversary publications, the present trove, collected in Furthermore, includes a fantastic collection of images by photographers unknown, such as “an X-ray of a change purse, a Polaroid from a prison yard, a collage of the moon’s surface radioed to earth from an unmanned spacecraft”—all of which appear, as usual, alongside “several dozen photographs made by serious artists with complicated intentions.” Among those serious artists are Diane Arbus, Andy Warhol, Robert Adams, Bernd and Hilla Becher, Sol LeWitt, Lee Friedlander, Hiroshi Sugimoto, Richard Misrach and Irving Penn. Marking the Fraenkel Gallery’s thirtieth anniversary, Furthermore is designed by Katy Homans and printed with extraordinary fidelity by Meridian Printing. The cover reproduces the only known print of Morton Schamberg’s 1918 Dada masterpiece, God.” Furthermore is a meditation on the inexplicable essence of the medium, and an essential new publication for anyone who cares seriously about art and photography. Jeffrey Fraenkel opened Fraenkel Gallery in San Francisco in 1979. Since that time the gallery has presented almost 300 exhibitions spanning the history of photography. Fraenkel has authored or edited more than a dozen books investigating aspects of the medium, including The Eye Club, Edward Hopper & Company and The Book of Shadows.
ISBN: 1881337278
Publisher: Fraenkel Gallery
Hardcover : 256 pages
Language: English
Dimensions: 9.7 x 10.7 x 1.2 inches