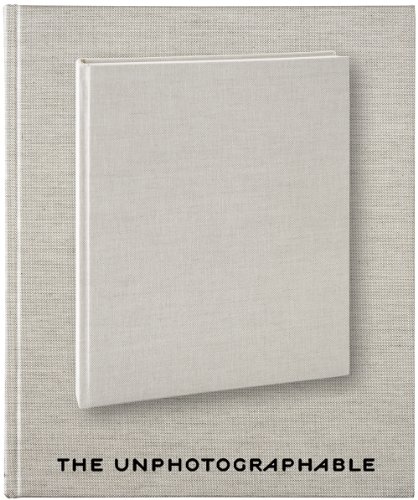 The Unphotographable
by Jeffrey Fraenkel
Publisher's Description
From the moment of its invention almost 175 years ago, photography has proven adept at depicting the photographable: the solid, the concrete, that which can be seen. A red ceiling, a beech tree at Fontainebleau, a young man in curlers, a box of ripe peaches—such things are the very stuff of photography, and the desire to hold on to them is the same impulse that led to the birth of the medium itself. But another tradition exists, a parallel history in which photographers and other artists have attempted to describe by photographic means that which is not so readily seen: thought, time, ghosts, god, dreams. The Unphotographable clothbound catalog published to accompany the exhibition is comprised of approximately 50 photographs by anonymous amateurs and artists as diverse as Diane Arbus, Robert Adams, Sophie Calle, Liz Deschenes, Kota Ezawa, Adam Fuss, Man Ray, Christian Marclay, Ralph Eugene Meatyard, Richard Misrach, Alfred Stieglitz, and Hiroshi Sugimoto.