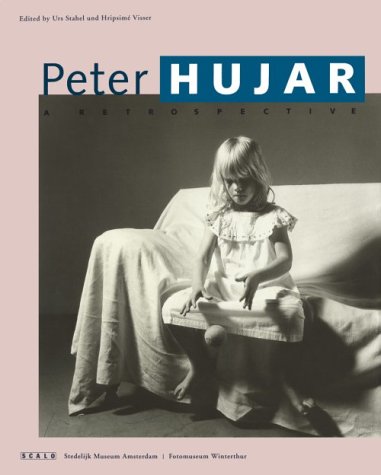 Peter Hujar
by Max Kozloff
Publisher's Description
Although many still don't know it: Peter Hujar is one of the masters of photography. Hujar was born in 1934 in Trenton, NJ. In 1946 he moved to Manhattan and became a photographer working for magazines, advertising, and the fashion industry. At the end of the 1960's he opened his own studio and ever more radically developed his own approach to photography. In 1987 Peter Hujar died of AIDS.

Hujar was mainly a portrait photographer-even when he took to pictures of geese, dogs, or cows he would render them as unique beings, as dignified individuals. Mostly, however, he photographed the celebrities and denizens of Downtown New York in the 1970's and 1980's-his boyfriend David Wojnarowicz, Candy Darling, Susan Sontag, W. S. Burroughs, Divine, Charles Ludlam, founder of The Theater of the Ridiculous and many legendary drag performers, like Ethyl Eichelberger, John Heys. His black and white photographs are singularly pure, reduced to the essence of the sitters, elegantly capturing their style, presence, and poise.

This book is the first comprehensive monograph on Hujar's work. It features essays by Max Kozloff, Hripsimé Visser, and Stephen Koch. They are accompanied by recollections by some of Hujar's friends and admirers-Nan Goldin, John Heys, Fran Lebowitz, and many others. The book is an introduction to the work of a truly great artist-the Nadar of Downtown New York.
ISBN: 1881616355
Publisher: Scalo Publishers
Hardcover : 207 pages
Language: English